Canvas for a Cause: Love Hope Believe Galgo Adoption

By Megan Sievert February 23, 2017
Go to comments
Leave a comment

We were first introduced to the world of Spanish Galgos when photographer Travis Patenaude, of Stink Eye Photography, submitted an application to our Canvas for a Cause program. Travis requested support for his upcoming event that would feature the director of the documentary film called "Yo Galgo" and would help cover transport costs to bring more Galgos to the USA for adoption.  We admit we had very little knowledge of the Galgo crisis and were thankful for the amount of detailed information Travis provided regarding this cause. His passion for rescuing Galgos was immediately evident, and we were determined to get involved through Canvas for a Cause.

Travis shared with us the tragic history of the Spanish Galgo, regarded as one of the most mistreated dog breeds to date. In Spain, the Galgo (world's fastest dog) is used for the sport of hunting and competition. Once the hunting season is over, it's tradition for the Galgo owners, or "Galgeuros" to discard of the dogs by hanging, drowning, and beating them as they are no longer deemed fit for another hunting season.

Travis' involvement with Galgos began in 2012 when, as he states on his photography website "[my] wife and I were blessed to be rescued by a Galga named Leena." Leena's story as shared by Travis: "Leena was rescued from Spain at the end of hunting season. Her Galgeuro no longer needed her and intended to hang her from a tree. A woman overheard him talk of his plans for Leena and knew she had to prevent this. The woman was able to get Leena away from the Galguero and took her to SOS Galgos where her second, better life, now began."

Thankfully, Leena's story has a happy ending, unlike many of her breed. After adopting Leena from their local animal shelter, Travis and his wife were inspired to start Love Hope Believe Galgo (LHB) Adoption, a 501(c)3 non-profit that is run by passionate volunteers. The goal of  LHB Adoption is to raise awareness about the plight of the Galgos and to raise money to transport and find loving homes for rescued Galgos thoughout the midwest US.  Since the formation of LHB Adoption, the voluteers have transported 56 Galgos from Spain to the Chicago area to find forever homes. Travis and his wife have also made multiple trips to volunteer in Spanish shelters to help transport Galgos back to the states.

Travis focuses his photography skills on capturing the shelter life and the volunteers that work to help Galgos. His photographs aim to raise awareness of the mistreatment of Galgos, and also showcase Galgos who are available for adoption once they are in the US. To raise even more awareness, Travis organizes fundraisers and events with all proceeds raised going to Galgo rescues and shelters. This is where our Canvas for a Cause partnership began. Travis had planned a fundraising event for the fall of 2016 complete with a silent auction, raffle, and documentary screening. The event hosted over 100 attendees and showcased the documentary film called "Yo Galgo" by Yeray Lopez Portillo. The film follows the director's Galga, Bacalao, and the audience is given a dog's-eye-view of the crisis. Not only does the film aim to raise awareness, but also bring to light the history of this practice and showcase the clash between traditions of modern and old Spain.

CG Pro Prints was honored to provide Canvas Wraps for the silent aution and raffle portion of the event. All proceeds raised went to the costs of transporting eight Galgos to the US for adoption in November 2016, and we couldn't be more thankful to provide support for such a worthy cause. We're happy to report that seven of the eight Galgos that were transported from the money raised at this event have been adopted! Travis was pleased with the success of the overall event and we wish him even more succcess as he organizes additional findraisers throughout this year. 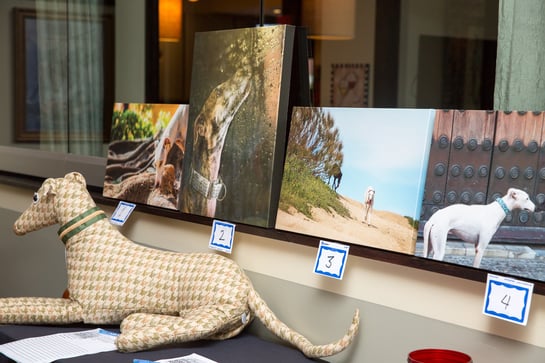 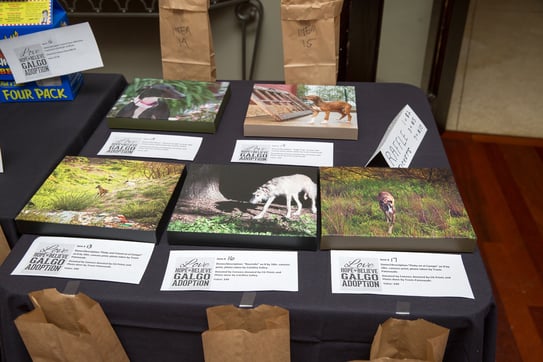 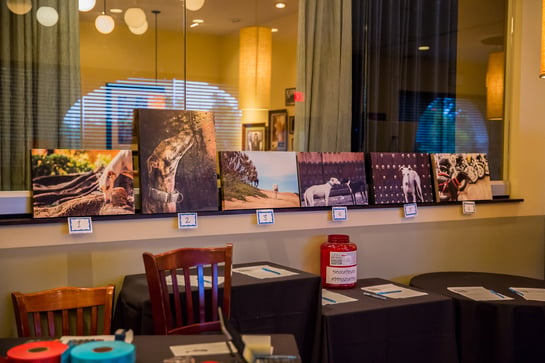 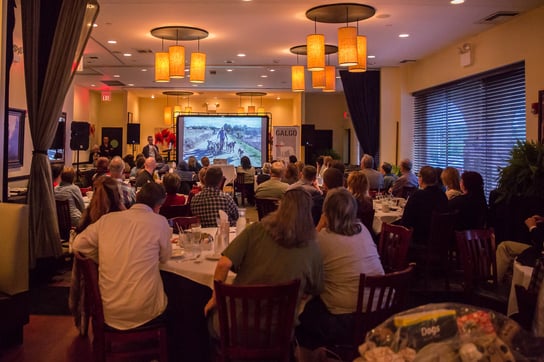 We are currently accepting applications for our 2017 Canvas for a Cause Program. If you'd like to learn more, or apply for a donation, please click here.